Below are my reflections and answers to the discussion questions posted at Modern Graham for chapter 9 – Investing in Investment Funds – of the Intelligent Investor written by Benjamin Graham. 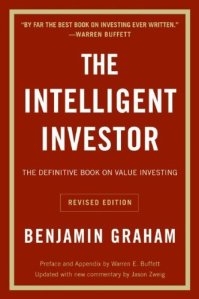 1. What quote from this chapter do you think best summarizes the point Graham is making?

“The foregoing account contains the implicit conclusion that there may be special risks involved in looking for superior performance by investment-fund managers. All financial experience up to now indicates that large funds, soundly managed, can produce at best only slightly better than average results over the years. If they are unsoundly managed they can produce spectacular, but largely illusory, profits for a while, followed inevitably by calamitous losses. There have been instances of funds that have consistently outperformed the market averages for, say, ten years or more. But these have been scarce exceptions, having most of their operations in specialized fields, with self-imposed limits on the capital employed—and not actively sold to the public.”

“We have presented this picture in order to point a moral, which perhaps can best be expressed by the old French proverb: Plus ça change, plus c’est la même chose. Bright, energetic people—usually quite young—have promised to perform miracles with “other people’s money” since time immemorial. They have usually been able to do it for a while—or at least to appear to have done it—and they have inevitably brought losses to their public in the end.”

2. Do you invest in any funds?

Not in addition to some money from work that is currently invested in pension funds.

3. What is your general sentiment about the value of funds?

Since most funds perform worse than index at the same time as they take out high fees, I think that most people would do best in investing regularly in a low-cost index fond. By doing this you won’t do any better than the market, but you won’t do worse either. But compared to the probability of investing in funds that mostly perform below average, this seems pretty acceptable I guess.

In his most recent shareholder letter Warren Buffett provided some guidelines for how he prefers his capital to be managed by his trustee in the future.

“My money, I should add, is where my mouth is: What I advise here is essentially identical to certain instructions I’ve laid out in my will. One bequest provides that cash will be delivered to a trustee for my wife’s benefit. (I have to use cash for individual bequests, because all of my Berkshire shares will be fully distributed to certain philanthropic organizations over the ten years following the closing of my estate.) My advice to the trustee could not be more simple: Put 10% of the cash in short-term government bonds and 90% in a very low-cost S&P 500 index fund. (I suggest Vanguard’s.) I believe the trust’s long-term results from this policy will be superior to those attained by most investors – whether pension funds, institutions or individuals – who employ high-fee managers.”

4. What did you think of the chapter overall?